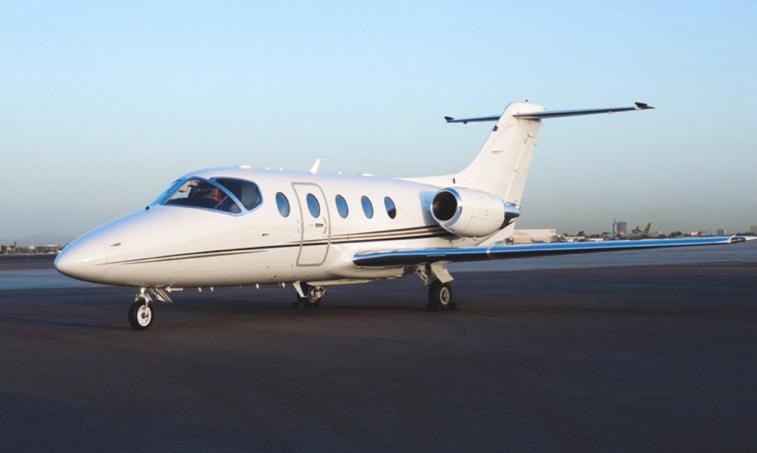 The Hawker 400 is a small twin-engine jet corporate aircraft. Initially designed and built by Mitsubishi, it has been further developed and updated by the Beech Aircraft Company, now part of Hawker Beechcraft.The cabin has a flat floor and an oval shape, maximizing the amount of usable space. The true strengths of this jet emerge when it’s in the air. It boasts a cruise speed of over four hundred knots and uses the fuel-efficient Pratt & Whitney JT15D-5 turbofan engines. Pilots that have flown the Hawker 400XP were keen on the Collins Pro Line 4 avionics and have commented that the jet is extremely stable throughout its flight envelope, and is generally a very reliable private jet.