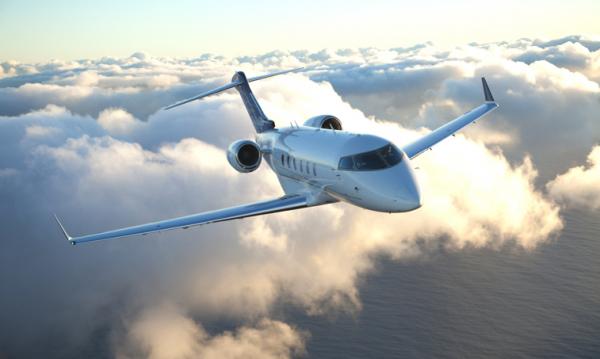 The Bombardier Challenger 300 is a super-mid-sized jet capable of traveling transcontinental distances. All of the passenger seats are fully adjustable and have fold-out tables and individual AC power plugs. Two-zone air conditioning keeps both the pilots and the passengers comfortable, and low-heat LED overhead lights (with a 10,000-hour life) give the cabin an open feel. 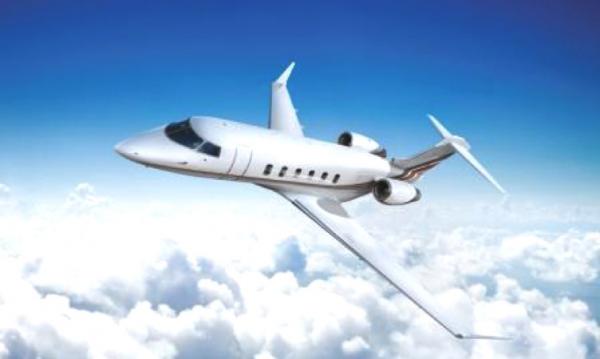 The Challenger 350 aircraft cabin boasts new connectivity and state-of-the-art display technologies. It is equipped with the LHT HD Cabin Management System customized for Bombardier for communications and entertainment in a single control at every seat. The two 22" HD bulkhead monitors are the largest in the super-midsize class. 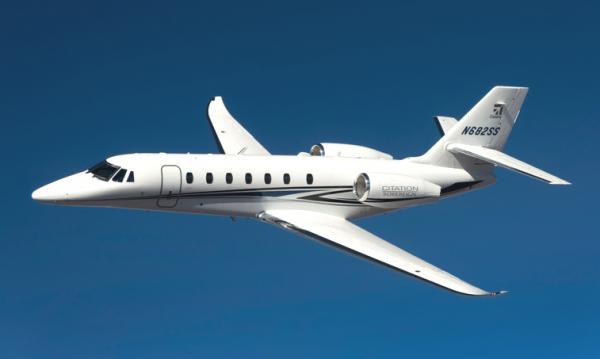 The Citation Sovereign is Cessna’s version of what a business jet should be: comfortable, high performing, and economical. The strongest feature of the Sovereign is its range; it has coast-to-coast capabilities, like large jets, but still retains the features that make midsize private jets so advantageous. It can take off in under 4,000 feet and can cruise at around .75 Mach (458 knots). 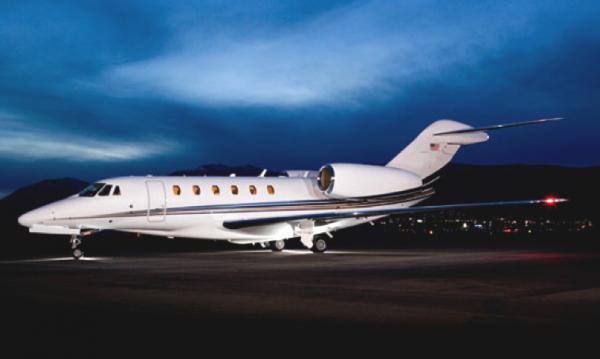 The Cessna Citation X is a long-range medium business jet aircraft powered by two Rolls-Royce turbofan engines. The Citation X can climb to 51,000 feet and cruise at incredible speeds of up to Mach 0.935. It is built by the Cessna Aircraft Company in Wichita, Kansas. 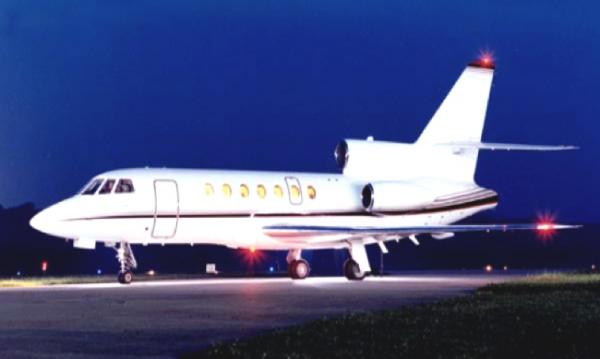 The Dassault Falcon 50 is a French-built long-range corporate jet, featuring a three jet engine layout with an S-duct central engine. The nine-passenger seating configuration is generally laid out in one four-seat club arrangement, and a separate section of two facing seats and a three-seat divan. Work tables fold out between facing seats so work can be completed in-flight. Power plugs are available for laptops and office equipment. Temperature control is separate for the cockpit and the cabin, so both parties are comfortable in-flight. Space and equipment for hot and cold food preparation come standard, including an oven, ice chest, and coffee maker. 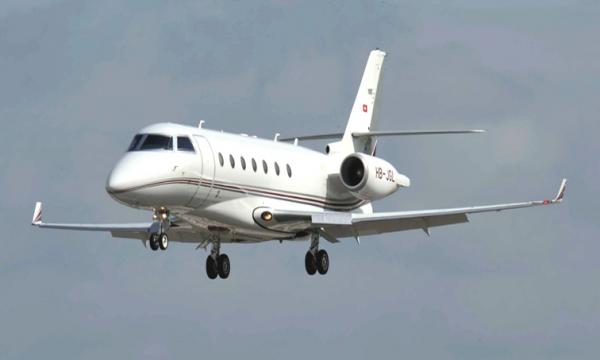 The Gulfstream 200 is a twin-engine business jet designed originally by Israel Aircraft Industries and produced for Gulfstream Aerospace. It includes a radio phone, entertainment systems, and interior design upgrades from its former model. There are power outlets available for any piece of office equipment in addition to an outlet for each passenger. There are 125 cubic feet of baggage space available in an external compartment, able to contain up to 2,400 pounds. 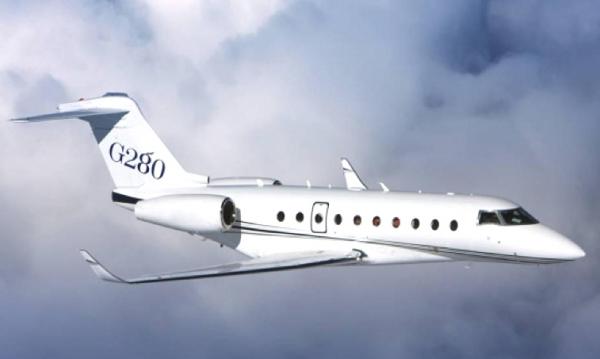 The Gulfstream 280 is a twin-engine business jet built under license by IAI in Israel for Gulfstream Aerospace. It travels 200 nautical miles/370 kilometers beyond its initial targeted range. That design achievement pushes the G280’s maximum range to 3,600 nm/6,667 km at Mach 0.80, making the G280 the only aircraft in its class capable of flying nonstop from London to New York in world-record time. 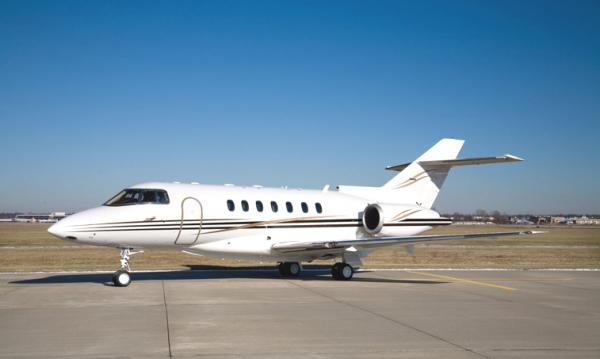 The Hawker 1000 was the largest member of the DH/HS/BAe-125/Hawker 800 series of corporate jets with intercontinental range capabilities. The cabin of the Hawker 1000 can come in a traditional or a biomorphic design. The biomorphic design has smooth curves and is supposed to increase passenger comfort and useful space. The cabin stretches to 24.4 feet long (not including the cockpit), 5.8 feet high, and 6 feet wide. It is usually configured to hold eight seats. 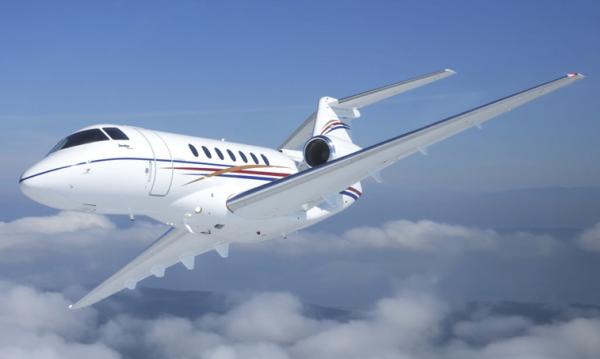 The Hawker 4000’s sophisticated composite fuselage and “supercritical” wings are made possible by its “clean sheet” design. These design features ensure that the craft delivers a whisper-quiet flight with smooth movement, creating a comfortable passenger experience on any trip. With an outstanding balance of speed, efficiency and responsiveness—plus a 3,280 nautical-mile range and 540 mph cruise speed—the Hawker 4000 offers a blend of comfort, amenities, speed and performance rivaling that of any heavy jet. 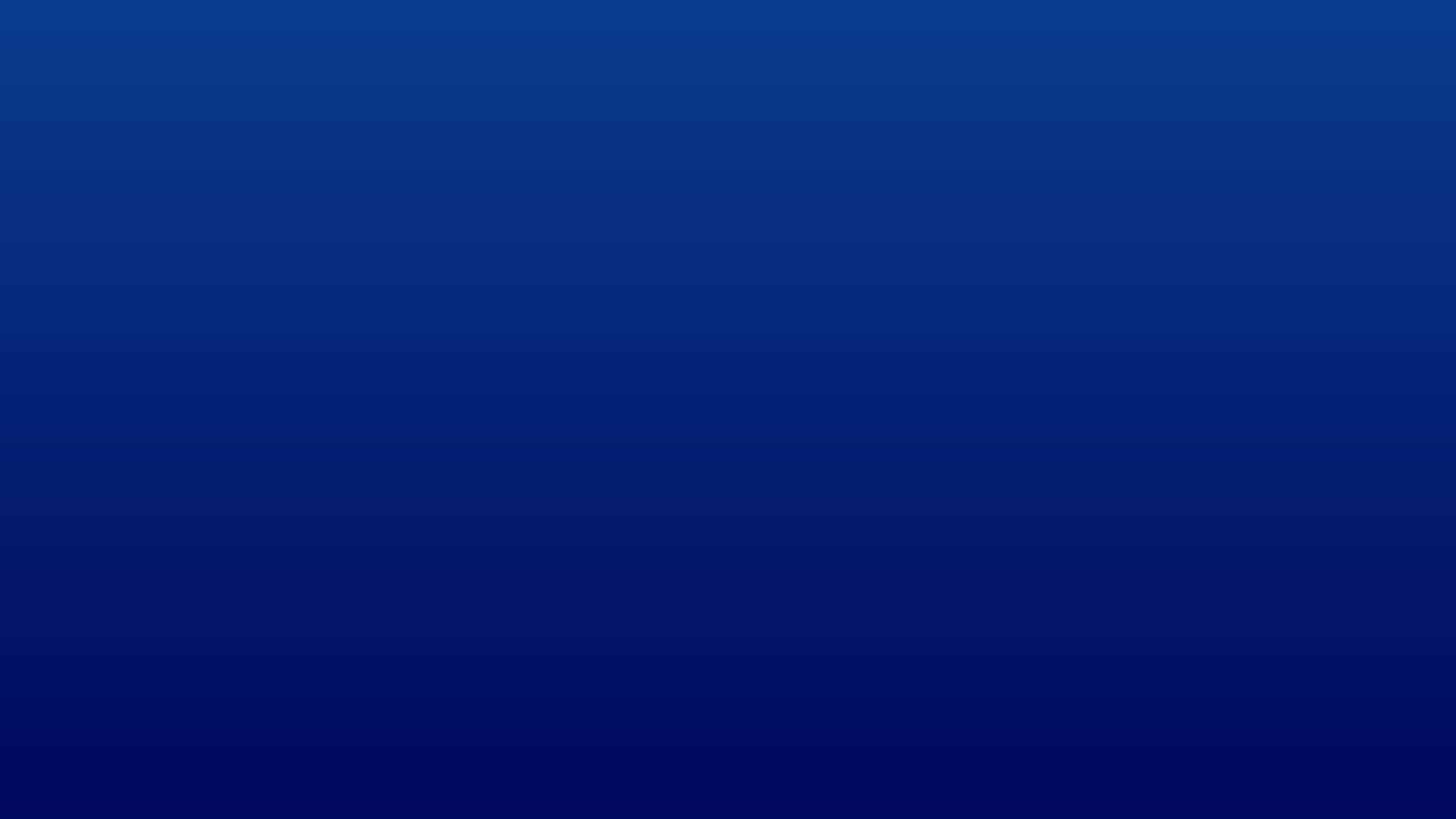 Thank you for your interest in Jet the World. We answer emails as quickly as possible in the order they are received. Please provide all relevant details in your inquiry to ensure that your message is handled efficiently and appropriately. Depending on the complexity of the inquiry, additional time may be required to research the request so we can offer you the best travel opportunities. For an immediate response to your questions or to schedule a flight, call us at 1 (888) 538-7603.